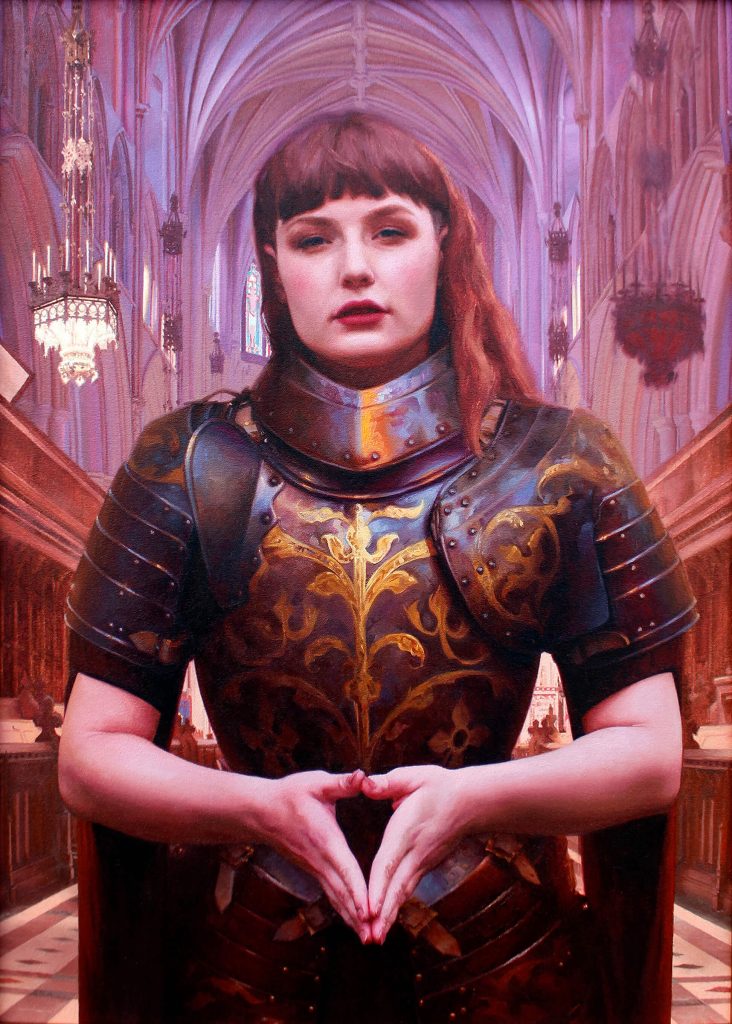 The archetype of the self

Artist Statement
This painting is an exploration of Carl Jung’s archetype of the Self. The Self is a unification of consciousness and unconsciousness in an individual’s psyche. Through a process of self-development called individuation, various aspects of personality are integrated. As Jung claims, “the Self…embraces ego-consciousness, shadow, anima, and collective unconscious in indeterminable extension. As a totality, the Self is a coincidentia oppositorum; it is therefore bright and dark and yet neither.” The archetype is both masculine and feminine, conscious and unconscious, order and chaos. This painting explores the self as a fundamental element of existence, which is perhaps in need of revival in a culture besieged by the repressed unconscious forces of projection, post-modern cynicism and nihilism.

About the Subject
Neve Cunningham is an emerging artist and professional folk musician from Perth. Cunningham plays live gigs across Perth and has been featured on triple j Unearthed, uploading her first song aged 14 years old. She is currently studying a degree in Fine Art at Curtin University where she specialises in mural painting, portrait painting, and traditional illustration.

Further Insight
Craig Soulsby was born and raised in the eastern suburbs of Perth. Developing a passion and talent for art in early childhood, Soulsby was always known as “that art guy” at school. Eventually, he worked as a digital designer on film, animation and video game projects, apprenticed as a tattoo artist, and freelanced as a portrait artist. Returning as a mature age student, Soulsby has since studied fine art at university, completing his honours in 2019 focusing on traditional illustration and Jungian psychology. He also loves history, philosophy, evolutionary biology and old Fyodor Dostoevsky novels.