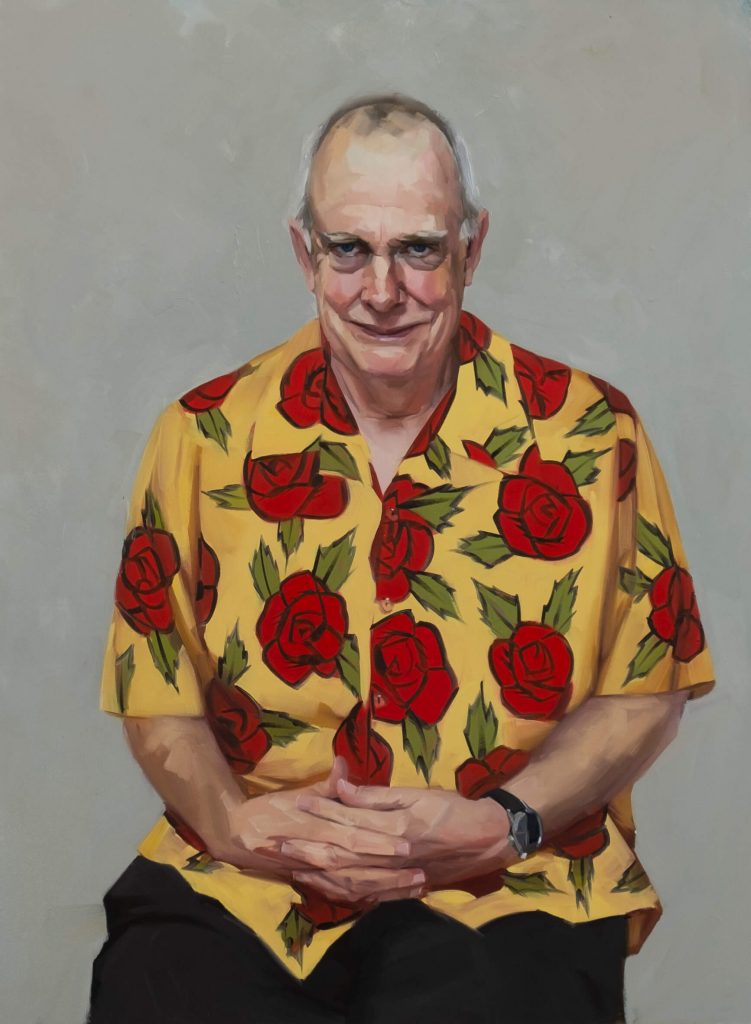 Artist Statement
I have known Scott Ritchie since I arrived in Cairns from Perth 25 years ago. I admire him for the important work he does to eliminate mosquito-borne diseases, particularly Dengue Fever. I contracted a serious variant of Ross River virus while living in the Pilbara, so I feel a certain affection and gratitude towards Scott. This might also be because he is impossible not to like, with his trademark loud shirts and American drawl, his broad smile and engaging, unaffected personality. The title Lure and kill refers to both the mosquito trapping methods Scott’s research team employs, and also to the suggestion in my portrait that he could be a carnivorous tropical flower luring his unsuspecting prey.

About the Subject
Professor Scott Ritchie is an Entomologist and Adjunct Professor with the College of Public Health, Medical and Vet Sciences at James Cook University in Cairns. He leads a group of health practitioners and research scientists whose collective goal is to prevent mosquito-borne disease, especially Dengue, in North Queensland. He has been a principal investigator in the Eliminate Dengue program funded by the Bill and Melinda Gates Foundation since its inception in 2005. Ritchie is also involved in new projects studying the potential impact of global warming on Dengue in Australia, new pesticides, and the development of novel mosquito traps.

Further Insight
Andrea Huelin is a painter who takes her inspiration from the often-overlooked aspects of everyday life. A former journalist, Huelin is interested in observing and recording what she sees, giving pause to fleeting moments and offering new ways to observe the ordinary.

She has held solo exhibitions in Queensland and New South Wales, and has taken part in group shows across Australia and in Berlin with Michael Reid Gallery. She is a regular finalist in the EMSLA award, and is included in the Commonwealth Government’s Artbank collection. Huelin’s portrait of Stanley Jones AO is on permanent display in the Cairns Supreme Court.

Medium: Oil on board