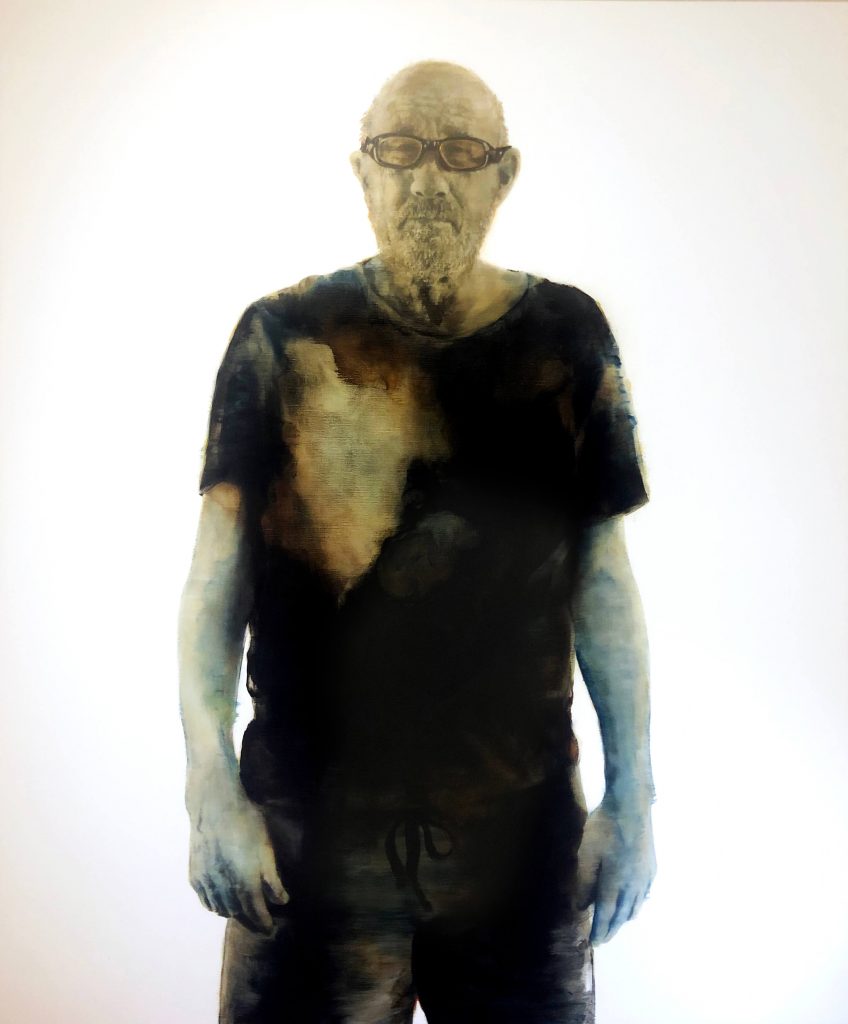 Artist Statement
Tim is a unique and impressive character whose artistic career is long and accomplished. Preparing for this portrait, I spent a significant amount of time sketching, photographing and getting to know Tim between Fremantle and York. Having been shown his work in person, I have since been viewing more of his work via his YouTube channel. I decided to paint Tim with no props—in simply a t-shirt, shorts and his trademark glasses. He is larger-than-life and a perfect work of art just as he is.

About the Subject
Tim Burns has been an important figure in the history of Australian underground art. He rose to notoriety in the early 1970s with a series of (literally) explosive art actions, before decamping to New York where he remained, on and off, until the mid-1990s. He now resides in York, Western Australia.