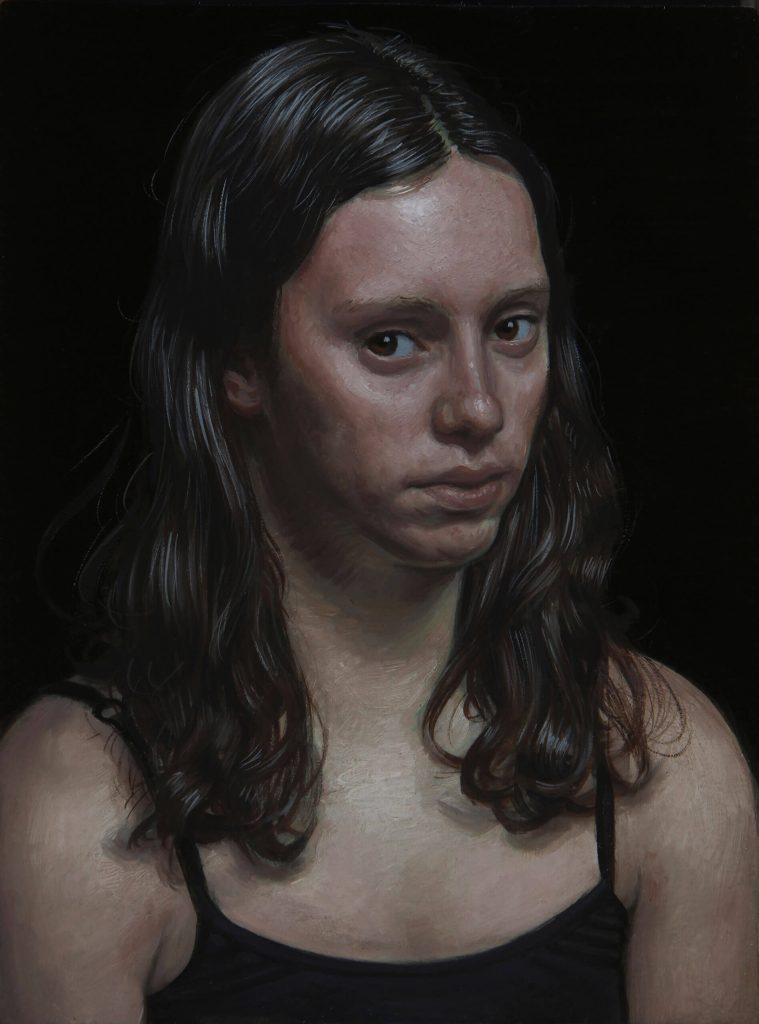 Artist Statement
Nikki Tarling is a young dancer from Fremantle and is now based in Melbourne. I met Nikki when I was beginning a portrait of her partner, the dancer Jack Riley, and thought that she would also make a terrific subject for a portrait.

About the Subject
Growing up in Perth, Nikki Tarling studied dance at the West Australian Academy of Performing Arts. She graduated in 2016 with a BA in Performing Arts and moved to Launceston to begin her first professional contract with Tasdance. Nikki was nominated as “Dancer to Watch” in Dance Australia (2017, 2018). A listing of these performance works includes Alone choreographed by Jack Riley, Colossus by Stephanie Lake Company and Duplexby Jack Riley which was presented at the Accademia di Belle Arti Di Firenze as part of the First Commissions art project.

Further Insight
Marcus Wills was born in 1972 in Kaniva. He studied painting at the Victorian College of the Arts in Melbourne and graduated in 1995. Wills was awarded the Brett Whiteley Travelling Art Scholarship in 2000 and the Archibald Prize in 2006.

Medium: Oil on board