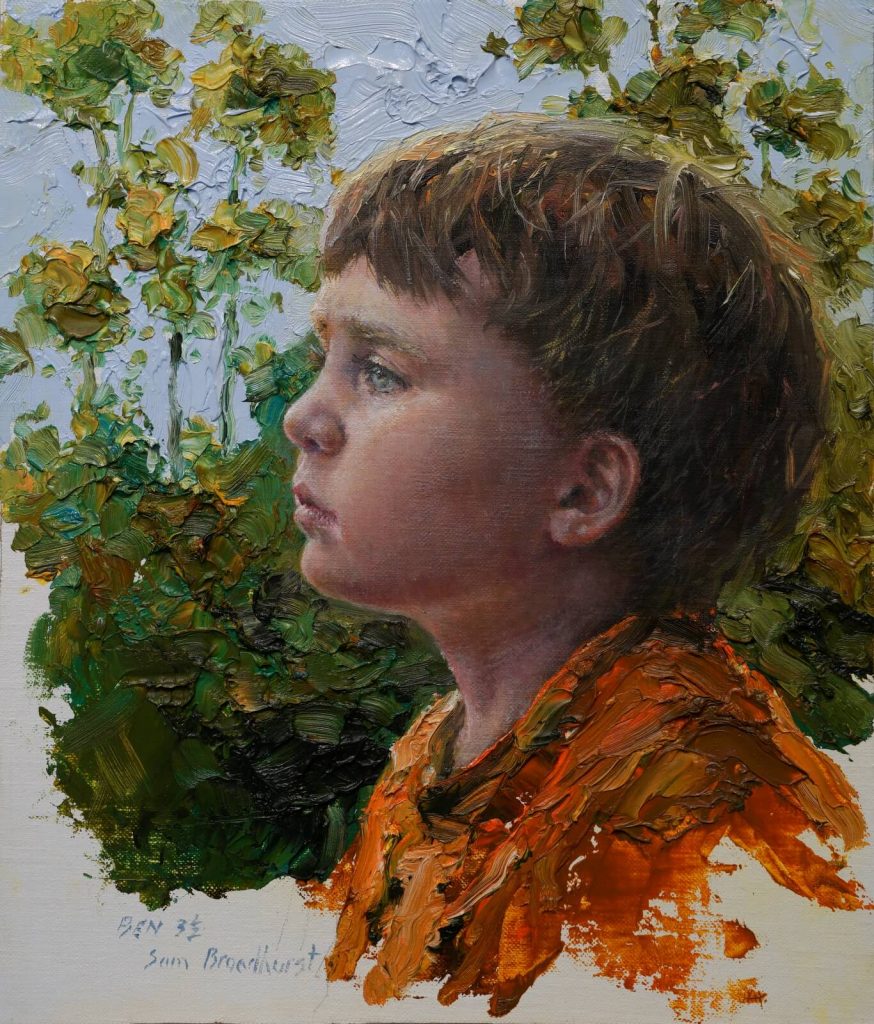 Artist Statement
Journey is a portrait of my youngest son, Ben at the age of three. Like many children, he looks towards the future with hope, enthusiasm and anticipation. At this time, his slate had not yet been written. I look at his life and wonder how it is going to unfold as he grows into the person he will become.

Ben was painted in our home environment on a bush block. It has been a place of immense curiosity and wonder. I chose to paint him in a realistic manner, to contrast with the textural expression of the bush. Seeing myself in his eyes, it’s the manifestation of a self-portrait. A child can be a mirror, offering lessons learned in reverse.

About the Subject
At three years old, my son Ben Broadhurst was a preschool aged child, about to embark on his school journey and become more engaged in the world. Now, in his final year of primary school Ben looks ahead to a more defined path—a journey filled with new skills, interests and friendships.

Further Insight
Sam Broadhurst’s artistic career evolved whilst studying a Bachelor of Science at Melbourne University. Throughout his twenties and thirties, he periodically worked as a researcher for the Peter MacCallum Cancer Institute.

During the late 1990’s, Broadhurst learnt many aspects of drawing and composition through the abstract expressionist Yvonne Audette. Since moving to Western Australia 18 years ago, he has concentrated mainly on the landscape exploring the immaterial side of nature. For the last two years, he has delved into the possibilities of portraiture through his family.

Medium: Walnut oil on linen board