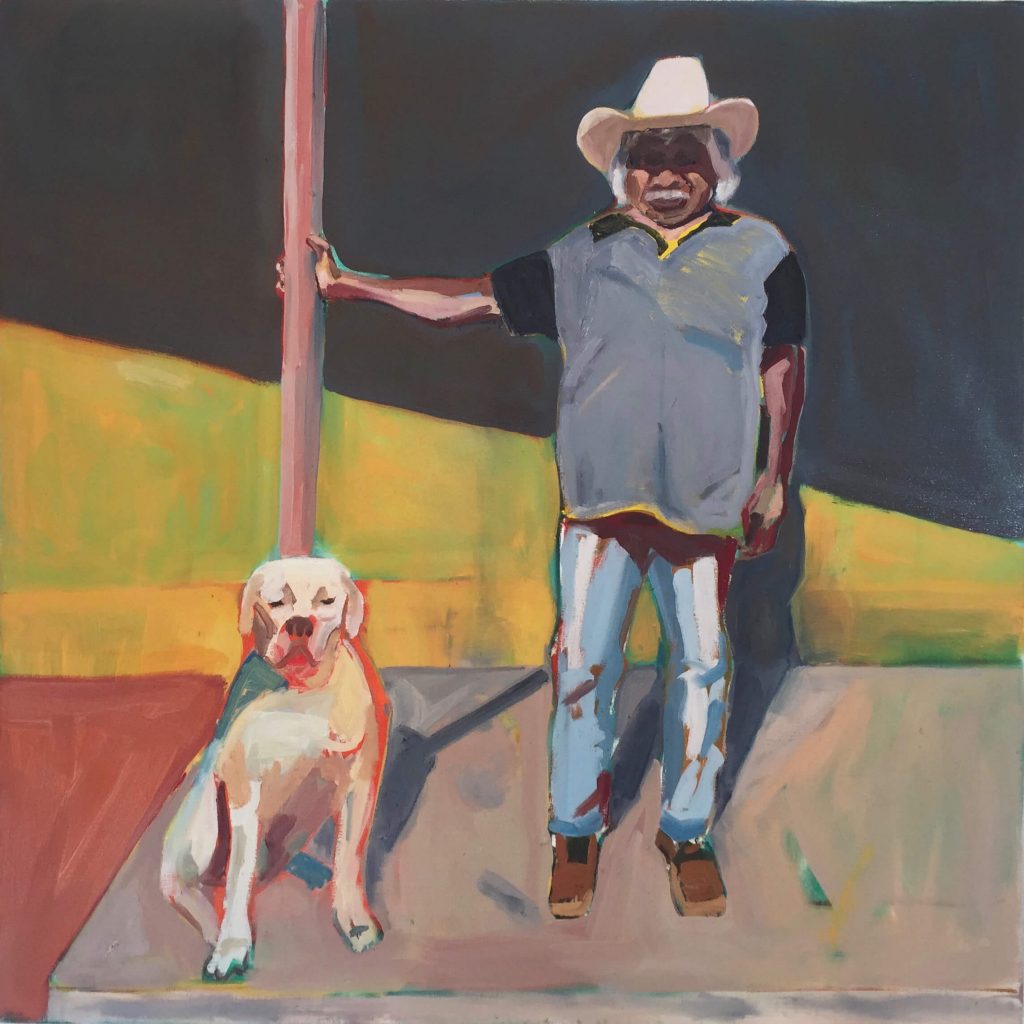 Artist Statement
I have been travelling out to the remote western desert for half a decade. It was in Wallungurru (Kintore) community that I first met Albury and began working in the art studios. This painting of Albury was difficult—the idea of having his portrait featured in an exhibition was somewhat confronting for him. During the painting process I decided that Albury’s dog, Whitey should be the focal point of the image. Albury agreed it was a good decision and suggested that Whitey should wear a cowboy hat under the midday sun.

About the Subject
Albury Tjangala comes from a lineage of painters. His mother, Mary Brown Napangati paints in the Walungurru Ladies Studio today. While, his father, Ronnie Tjampitjinpa is a senior law man whose paintings have been exhibited across the world. Both gentle and curious, old and youthful, it has been inspiring to watch Albury’s development as a painter and to see him realise his ancestors’ stories on canvas.

Albury Tjangala is gentle, curious, old and youthful. It has been inspiring to watch Albury’s development as a painter, and realising the great importance of his ancestors’ stories on canvas.

Further Insight
Willie Ackerman grew up as a skateboarder in Sydney. After suffering a back injury, Ackerman enrolled at the National Art School in Darlinghurst, where he completed a post-graduate major in painting. He has travelled to a number of remote communities in Central Australia as a social worker. Having moved several times over the course of his career and without a steady place to paint, Ackerman’s practice has been heavily reliant on film and photography. He has recently worked in art centres in the remote Western Desert, and currently lives and paints in Alice Springs.