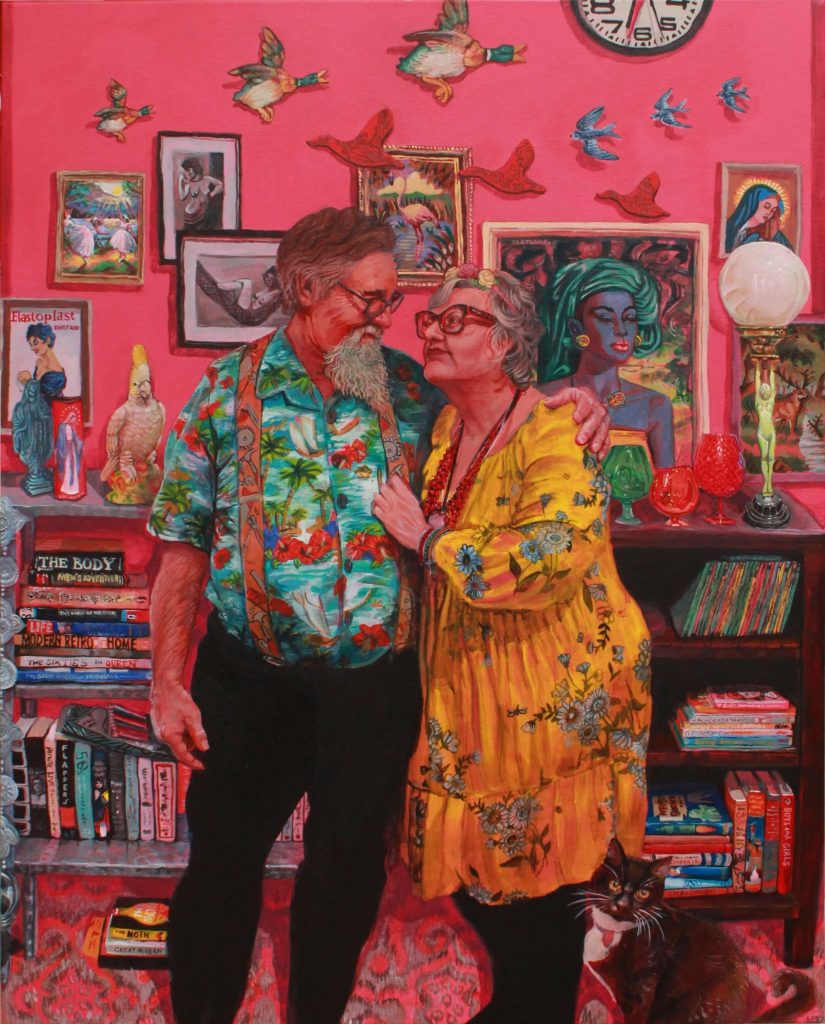 Race car ya ya

Artist Statement
Race car ya ya is a painting based on a photo-collage that I made of my grandparents and their belongings. The pink wall is from a house they lived in when I was growing up and has always felt like a perfect symbol of their flamboyant personalities. In July, they moved to an over 50’s community by the seaside.

Painting for me has always been an act of reverence, a way to bottle attention and capture emotion. Beyond shaping my artistic tastes, my grandparents have always been huge supporters of my artistic career. I wanted to thank them for all their love and support, and give them a visual memento of my affection and appreciation which they could take with them to their new home.

About the Subject
My yaya, Robyn Babbel, was born in 1958 and my grandpa, Karl Babbel, was born in 1956. They met in 1973 and were married two years later. In September 2020, they celebrated their marriage of 45 years. I am the first of their four grandchildren. My grandpa works at Bunnings and has half a finger missing, which he cut off in an accident with a circular saw. My yaya recently retired from her social work career in the public service. She once owned over two thousand books.

Further Insight
Kierah Falkner Babbel is a painter living, studying and practicing in Melbourne. In 2016, she was awarded third prize in The Lester Prize Youth Awards. She has consistently participated in The Sydney Road Window Gallery’s Art on The Spot, a community painting demonstration in Melbourne.