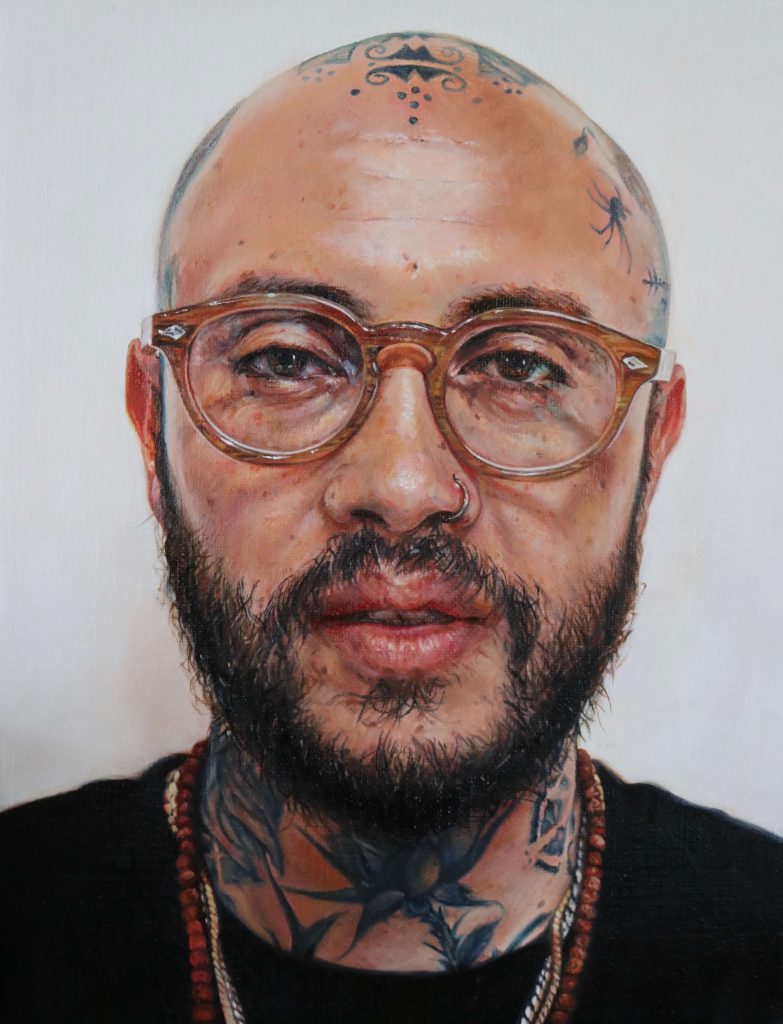 Artist Statement
The portrait Jaya-ism depicts the Adelaide-based artist Jaya Suartika, whom I connected with over a shared interest in figurative art.

Jaya’s skin is almost entirely covered in tattoos. As a young person, he was part of the punk scene. His tattoos were seen as a form of anti-establishment protest, a provocative response to conservative cultural values and social norms. Since those early ‘punk’ days his attitude towards tattooing has evolved to both reflect his aesthetic preferences and depict symbols of personal significance.

Further Insight
Elizabeth Barden was born in Brisbane. In 1990, she moved to Cairns. She held solo exhibitions in 1999 and 2003 at Cairns Regional Gallery. In 2002, she became the first female artist from North Queensland to be represented in the collection of the National Portrait Gallery, Canberra.